Black Carbon - Why is this air pollutant's effect on climate change not addressed more often?

January 9, 2023 | in Air quality monitoring | by Harsh Dixit
Black carbon is the second largest man-made contributor to global warming. It ranks “as the second most important individual climate-warming agent after carbon dioxide”. Black carbon has a much greater (twice the direct) climate impact than reported in previous assessments. As the effects of this pollutant have become better understood in recent years, it is increasingly seen as an important target of environmental control. More action can be taken with more data and awareness surrounding the actual levels of black carbon in the atmosphere on a granular scale. Regulations can be implemented with accurate data which will encourage more comprehensive monitoring of this pollutant, which is presently limited to a niche, scientific community

WHAT IS BLACK CARBON?

Black carbon is the sooty part of particulate matter (PM) formed by the incomplete combustion of fossil fuels and biomass. It is mostly emitted by vehicles, non-road mobile machinery such as forestry machines, ships, coal or wood burning stoves in homes. Another important source is open biomass burning including forest fires and agricultural waste burning. Black carbon, seen as soot it is categorised as a ‘short-lived’ climate pollutant but its negative impacts are both fast-acting and extensive—black carbon increases the melting of ice and glaciers, harms public health, reduces food security and disrupts weather patterns. Of all air pollutants, PM is the most harmful to health. The black carbon part of PM is particularly harmful as it represents a mixture of very fine, partly carcinogenic particles, small enough to enter the bloodstream and reach other organs.

With the reduction of carbon dioxide taking a priority under the Kyoto Protocol, mitigating short-lived climate pollutants, such as black carbon, have taken a back seat with many organisations and governments. However, recent studies show that black carbon may be responsible for close to 20% of the planet’s warming, making it the second highest contributor to climate change after carbon dioxide. This provides us with a real opportunity to make an immediate impact on climate change.

Effects of Black Carbon on Health and Climate

Black carbon can negatively affect the health of ecosystems by depositing on plants, thus increasing their temperature, dimming the sunlight that reaches forests, and causing disruption by modifying rain patterns. Any change in rain patterns can have devastating and far-reaching impacts on ecosystems across the globe. When black carbon is released and subsequently suspended in the atmosphere, it contributes to global warming by converting incoming solar radiation into heat.

To put this in perspective, black carbon has a warming impact on the climate 460 – 1,500 times stronger than CO2. 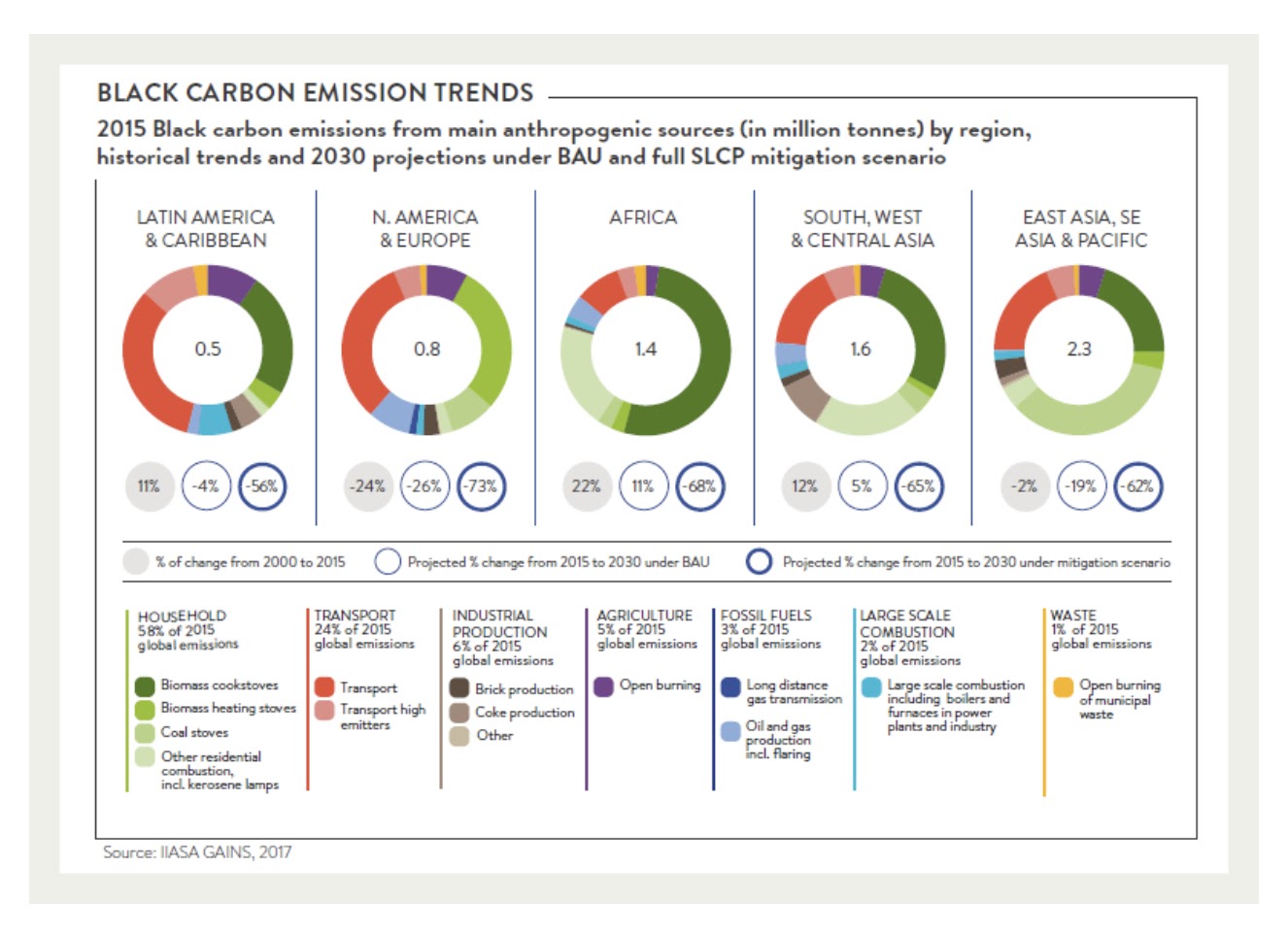 Black carbon and its co-pollutants are elements of fine particulate matter known as PM2.5, the leading environmental cause for chronic lung diseases such as bronchitis, aggravated asthma, acute respiratory infections (such as pneumonia), and premature death.

Did you know that an estimated 7 million premature deaths worldwide are attributed to household and ambient (outdoor) PM2.5 air pollution each year?

CARBON MONITORING ON A GRANULAR SCALE HAS NEVER BEEN MORE AFFORDABLE, OPENING UP AN ARRAY OF OPPORTUNITIES THAT WERE PREVIOUSLY ECONOMICALLY OUT OF REACH FOR MANY APPLICATIONS.

A revolutionary device measures and reports the concentration of black carbon “BC” continuously with a 1-minute time resolution.
Using the principle of optical attenuation of 880 nm near-infrared light through filter media upon which particulate matter containing BC deposits in real-time, the C-12 has the capability of making more than 1,000 filter advances, meaning that this sensor can operate unattended for more than two months.
The C-12 is an industrial-grade device, providing the user with an array of diagnostic information in real-time that will allow them to monitor its performance continuously. Although it is inexpensive compared to other commercially available carbon monitors, one can expect its operating life to be more than ten years.

The C-12 Portable Carbon Monitor is self-contained, eliminating the need for an expensive, space- and power-consuming environmental shelter. Instead, the device sets up in a matter of minutes virtually anywhere. Because of its modest sampling rate (1 LPM), the C-12 can easily be operated off modestly-sized solar panels in most regions. It comes standard with an AC power adapter.

The standard configuration of the C-12 enables the user to measure and report the BC (880 nm illumination) concentration with sensitivity better than 70 ng/m3 at 1-minute time intervals.

Equipped with an integrated CCS+ COMET Cloud modem, the data is available in real-time on a customized webpage dashboard. The C-12 Portable Carbon Monitor samples total suspended particulate matter “TSP” and, if desired, the user may opt to mount the C-12 onto an optional tripod for rapid, flexible deployment. Pole-mount is optional.

Our BC-1060 portable black carbon monitor measures and reports black carbon concentrations, with user-selectable time resolution down to one minute, at both UV (370 nm) and IR (880 nm) illumination wavelengths. The combination of portability and dual-wavelength illumination permits rapid, easy deployment on a broad scale for source apportionment (fossil fuel vs biomass combustion) determination, roadside monitoring and emergency responder applications. The BC-1060 can continuously sample for up to 6 months with a single roll of glass-fiber tape.
Features

Get more information about vibration monitoring and how it can help you achieve plant reliability. Find out more about our comprehensive solutions, services, and training programs.

Visit our library of educational videos, podcasts and more.

Suscribe to the blog